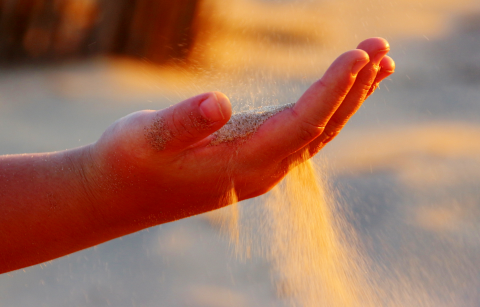 I just found out that a friend I knew in college passed away.

We weren’t that close. He was more of a mutual friend, that I occasionally met and saw through other friends. But he was still one of my favorite people. He had a great energy, personality, he loved everybody… you could feel it. And he loved making people laugh too; what a gift that is in itself.

He recently passed away from an illness. His wife, family, and close friends must be grieving pretty hard right now. I barely knew the guy, and he touched my life. He was someone I remembered fondly, someone who stood out in a good way, out of all the MANY, many people I’ve met all over the country over the years since then. He was definitely one of the good guys. And had life taken me in a different direction (and kept me local in Florida), I likely would’ve become a much closer friend.

Still, his passing affects me. It has me thinking.

1. There really are no guarantees. ANYBODY can go, at any time… Including me and my friends.

2. What I remember most about him was how he made us feel. I always felt loved and safe around him. And he was always making us laugh. That is such a gift. I want to be more like that. I’ve already kinda been transitioning that way anyway (I prefer acting in comedies, I’m trying to become more lighthearted and playful overall, I enjoy making people laugh too, I try to make everyone I meet feel loved and safe with me). This just makes me want to continue growing in that direction even more.

3. I wish I knew him better. It turns out we had a lot more in common than I realized.

4. Why do the good ones seem to so often leave us early? The world has suffered a loss, more than just his friends and family. And what about all the future people he could’ve/would’ve met, but won’t now? I barely knew the guy and I miss him. He gave me joy, love, and laughter. I feel sorry for those who never even got to meet him.

5. Is there really some higher plan to all this? Was it “his time”? Or is that just what we tell ourselves, to try to feel better about something we can’t control? Did God “take” him? Or was it just nature, random luck, catching the wrong germ at the wrong time? Did he have to go right now? Did he have any regrets, any incomplete stories, any unfulfilled dreams… or, no matter how far he got (he was still pretty young), did he feel like he was living his dreams, and even though it ended sooner than expected, it still felt like a rich, full, and meaningful life to him? What Happens After We Die?

We believe in an afterlife. It gives us comfort, meaning, some sense of certainty in an uncertain world. But is that all it is? Is there really a heaven or hell? Or do people really reincarnate? Or whatever your afterlife beliefs may be? Or is it “just” what we need to believe, so inevitable death doesn’t quite scare us so much?

I guess my college friend knows. Maybe he’s a ghost floating around, reading this right now. Or, more likely, staying near his wife and family. Maybe he’s in heaven, chilling with the angels and high-fiving Jesus. Maybe he’s already planning to be reborn, live a new life, experience something else, and touch other people and share his light in some other way.

I don’t know. And the thing is, I’m actually highly educated on this stuff. I know a lot about a lot of different religions, spiritual traditions, and afterlife beliefs. I’ve studied NDEs (near death experiences), hoping for a glimpse into the unknown. I’ve had many, countless, direct personal experiences that make me believe in a God and sense that we all have a soul that can exist fully independently of our bodies. I even used to be a professional paranormal investigator! I helped them collect scientific evidence (as much as our modern technology could) that strongly suggests life continues after death.

And yet, despite all that, I still question. I still have doubts. Because I just don’t know. I’ve believed all sorts of things over my life. I used to believe in Santa, the Easter Bunny, and the Tooth Fairy too. To my child mind, there was plenty of facts and evidence to support their existence. I’m an adult now, and much wiser — wise enough to know that intelligence is relative. There are things in this universe beyond my comprehension. Possibly beyond human comprehension. Our brains, even as adults, even as powerful and creative and resourceful and intelligent as they are, have limits.

Would I know that, as some religions teach, this entire so-called “reality” is actually just an illusion? A complex hologram, immersive interactive video game, or perhaps a dream state I have yet to wake up out of? The things I worry about, the things I stress about, the goals I strive for, the dreams I’m trying to achieve… Why? Are they actually as important as they seem? Are those things actually worth stressing, struggling, and suffering over — or is there an easier, better, wiser, more mature way of looking at them? Does it really matter what I do, how I live, or who I become — or is this life more like a sandbox, an open free-for-all, and I get to be, do, and pursue whatever I want? Or is there some “master plan” for my life that I need to somehow discover, know, and follow, in order to be happy and not displease God? What’s the “right way” to live life?

…is there a single right way?

Is there something I’m “supposed” to do with my life? Or is my life and how I spend my time here entirely my own choice and freedom, without some judgmental God telling me I did it wrong?

Life is a gift.

Life is a struggle.

Life is a game.

Life is what you make it.

Life is… fill in the blank. Everyone has a different metaphor.

Mine used to be “life is full of pain, life is a struggle.” I eventually and intentionally changed it to “life is an adventure.” Adventures still had pain, setbacks, defeats, and struggles, so it felt authentic for me to say. But it also gave me hope. Adventures could also be fun. Adventures included journeys, new discoveries, new possibilities. Adventures often had happy endings. So that new metaphor really worked for me, for a long time. Now, in recent years, I find my “life is…” metaphor changing again, this time gradually and naturally on its own. And where I’m at now, I find myself simply saying, “life is.” No blank to fill in. Life exists. Life does whatever life does. Life expresses, experiences, changes, is active, is feeling, is changing… Life is what we make it, but that’s not entirely fair to say. For some, it’s much faster and easier to “make” life what they want; others can do and think and say all the right things, but lack the education, opportunity, environment, or social connections to “make” life how they want so quickly or easily.

I don’t know for sure what awaits after we die, but I am sure that sooner or later, I will die.

Perhaps you’re reading these words after I’m gone. If so, “hello there! I’m speaking to you from beyond the grave…. Wooooo-ooooo!!!”

Graves are funny. Yesterday I was acting on set. We were filming in an actual, real life graveyard. It felt weird to be standing on grass and dirt all day, knowing there were varying stages of decaying bodies beneath our feet. Many of the tomb stones had dates. And many of the people lived 80 or 90 years. That’s awesome. Some… died in their teens or twenties. That was sad. I could only imagine how it impacted their loved ones. I wondered what their stories were.

I wish gravestones gave more than just a name and your start and ending years. That doesn’t tell me much. I want to know, who was this person? Occasionally one would say “mother” or “wife” or some relationship context like that. I saw one that included his military rank and title, so at least I had a clue what he probably did for a living. But that was it. Just gray slabs of rock — some big, some small, all compressed side by side in a beautiful grassy, tree-filled park-like area of Los Angeles.

The big gravestones really confused me. I knew they had to cost a lot more money. The stone itself wasn’t just large, but the grave site itself was much bigger — usually 3x the size of all the smaller, cheaper ones. And you know what I caught myself asking? “Who are you trying to impress?”

Not saying all sites with big gravestone were all about money, significance, or ego. I don’t know their stories. But the point is, some of the sites looked like they were meant to be significant and impressive… but who cares? YOU’RE DEAD. Just like everybody else in the ground next to you. So who you trying to impress? What are you trying to prove? As for me, I know this blog doesn’t count as a legal document or living will, but for what it’s worth, here are my wishes.

Cremate my body or compost it or whatever you need to do. I see that some services will plant your remains at the base of a new tree. I want that. I want my body to be returned to nature, once I’m done using it, of course. 😉 Don’t spend money on an expensive grave site. Don’t worry about paying for a casket and doing a whole thing where they slowly lower my lifeless body into the ground. Forget that. I want to be a tree.

Let my remains become soil and fertilizer for new life. Let the tree that grows from my spot be home to squirrels, birds, insects, and other critters. Let the tree that stands where I was left provide shade and shelter for other people. Maybe some young couple will carve their initials into the trunk of the tree, encircled by a heart. This body came from nature and I wish it to return into the cycle of nature, once I’m done with it. And if you can’t plant a tree out of me for some reason, then at least spread my ashes into the soil and a moving stream or river. Return my elements to the elements.

It’s hard to hate someone when you think about it like that.

We’re all turning to dust one day. You and me both. All of us. We are the same. I’d like to end this blog on a positive, inspirational, uplifting note. Something about “follow your dreams” or “live fully now while you still can” or something to that effect.

But I won’t. I can’t. Right now, I need to ponder and reflect on death.

Perhaps. I think it does.

And that’s why I’m reflecting on it now. I’m not going to short-change this important lesson, by distracting myself with feel-good, go-get-em, uplifting “follow your dreams” type of stuff. There’s a time for that. But right now, it’s time for me to be soberly aware of just how mortal, fragile, and temporary this body of mine is.