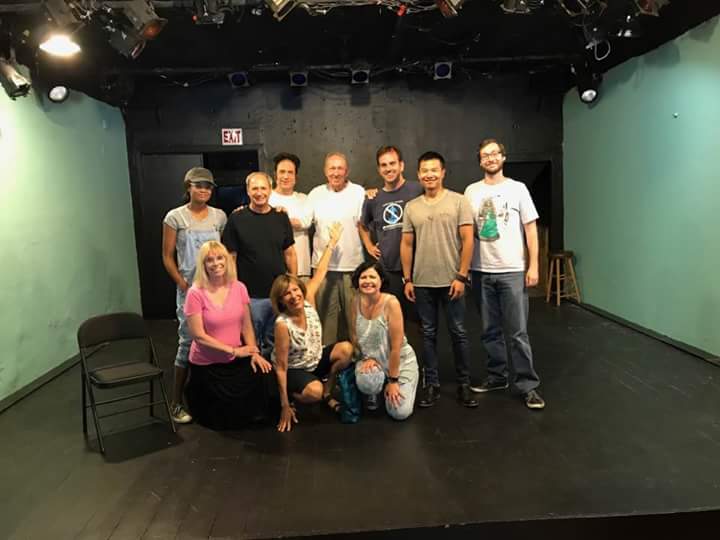 You know, it’s so weird. During this quarantine time, my work has slowed significantly. It’s given me time to really think and reflect. Reassess. Decide if it’s time to let some things go, make course changes, or reaffirm and recommit to certain things.

Prior to all this, I was honestly pretty exhausted from all the acting I was doing. I loved it… but I was also feeling majorly burnt out.

I honestly wasn’t sure how much acting I was going to continue doing. I figured it’d always be a part of my life. But maybe just small bits on the side.

But now, as I pause and reflect and sit still… I’m still emotionally exhausted (more from the forced isolation and weight of the crisis of the world, than anything else). But, even though I was okay with completely letting acting go… I find I still want to do it.

Something inside me. An inspiration. A calling. A soul-deep desire. It has nothing to do with ego, fame, money, or “just a job I’d enjoy” — it’s something else. Self-expression maybe? I’ve always been a storyteller, as a writer. Acting is getting to be a character in a story. It’s just fun and cool and… I like it.

I also lack self-belief. I see other actors — in class, on set, or on TV — and I’m like, “wow, they are SO much better than me!” If I’m being completely honest, I don’t feel like I’m that good of an actor. I’m “okay” I guess. I don’t think I’m terrible either. But… still, I feel and fear that I’m not good enough.

Which, oddly, directly conflicts with my experience. I look back over my history in LA — all the auditions I booked, all the thanks and praise I got from directors… A few gigs I got through existing relationships, but most were auditions in front of total strangers who literally had hundreds of applicants to choose from. Why did they pick me?

Rationally, I have to admit to myself that I must be decent. Probably better than I realize. But there’s a saying. “Artists can be their own worst critic.” Am I good enough?

I *feel* insecure and insignificant… but feelings aren’t always accurate. Maybe I’m wrong about myself.

Or maybe I’ll just act in my friends’ low budget independent films for fun… and that’s okay too. I’m not doing it for the money. I just enjoy being an actor.

Which is weird. Because unlike so many other actors I’ve met in LA, this *wasn’t* my life-long dream. I remember when I was around 13 years old, I played the “innkeeper” at my church’s Christmas play. I opened the play with a little monologue, had a tiny scene, and that was it. But afterwards, total strangers came up to me and said I was such a great actor and asked if I was aspiring to be an actor. I confidently answered, “Nope. I’m a behind the camera kind of guy.” I wanted to be a writer.

Well, I’ve been a writer — paying the bills from it — for almost a decade now. And I feel my soul is calling me to something new. And although it scares me, and I’m still full of doubts and insecurities about my own ability… I still want to include acting in my future.

Whether or not I’m good enough. I still want to be an actor.